Croydon’s Black and Minority Ethnic Forum has entered the row over the government’s controversial racism report that was published this week, saying that they were “deeply troubled” by its findings.

The report has been accused this week of cherry-picking “data to suit a predetermined narrative, and sets out to gaslight people of colour with a dismissal of their lived experience”.

The report was commissioned last year, in response to the Black Lives Matter protests after the death in the United States of George Floyd when he was being taken into custody by police. To chair the UK government’s commission, the Tory Prime Minister, Boris “water melon smiles” Johnson, appointed Tony Sewell, a long-term denier of institutional racism who has also been accused of homophobia.

Johnson duly got the report that he wanted.

In an excellent analysis piece in Tribune magazine this week, Lester Holloway wrote that Sewell’s report “is saying that racism is a figment of people’s imaginations and they should get over it – an incredible statement given the mountain of evidence of disproportionate black, Asian and other minority ethnic unemployment and poverty”.

This, it is worthy of note, in a country where even today, according to the government’s own data and research, 1 in 4 Britons actually admit to being racially prejudiced.

Holloway, a former councillor in Sutton who now works for the TUC, writes, “Not content with dismissing lived experience and hard data, they go on to patronise ‘the idealism of those well-intentioned young people’ on Black Lives Matter protests, ‘who have held on to, and amplified, this inter-generational mistrust’.

Holloway’s article describes the Sewell report as “the latest weapon in the Tory culture war”, a studied and deliberate attempt to create friction and splits among the working class, of whatever creed or race.

“Most people know that institutional and structural racism are not myths and it was notable that few public figures beyond right-wing a few ideologues were defending the report on TV and radio,” Holloway writes.

“The closer the inspection, the more it falls apart. This commission was never seen as legitimate by many organisations who boycotted its consultation. Veteran activist Patrick Vernon appeared on BBC’s Victoria Derbyshire show wearing a Star Trek t-shirt because, he said, the report came from another universe.

“Yet while the credibility of the report itself may be crumbling, the post-racial, post-factual narratives it pushes are set to be used by the government and right-wing media for some time to come.”

And in a statement issued yesterday, the Croydon BME Forum stated that they “will continue to tackle the very real threat of structural racism”.

The statement said, “The Croydon BME Forum was established due to the clear systemic racism that permeates our society.

“We have seen – first-hand – the detrimental effects of institutional racism within services covering health, education, employment and crime…

“We were deeply troubled to see the remarks made within the Race and Ethnic Disparities Report and are in the process of setting up a series of discussions to collect our communities’ views and experiences.” 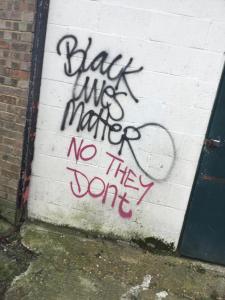 BME Forum ‘deeply troubled’ by Johnson’s racism report
Croydon’s Black and Minority Ethnic Forum has entered the row over the government’s controversial racism report that was published this week, saying that they were “deeply trouble…