A LONDON ESTATE has been renamed after residents voted to disassociate themselves with Cecil Rhodes, the architect of apartheid in southern Africa.

The renaming process began in 2020, after Camden Council launched a review into how historical individuals have been celebrated throughout the borough.

Local residents were invited to a special webinar to learn more about Cecil Rhodes, which led to the decision to change the name.

The move has been welcomed by campaigner and social commentator Patrick Vernon OBE, who will be a guest speaker at the official renaming event taking place tomorrow.

Speaking to The Voice, he said: “Cecil Rhodes in many ways was the ultimate white supremacist.

“He had a key role in creating colonial southern Africa and in many ways laid the foundation for apartheid in South Africa.

“He created division and established the classifications of people and land and in my view he should not be celebrated.”

According to Camden Council’s website, the block was named in 1957 by St Pancras Borough Council, who were the local authority at the time.

There was a Rhodes family connection to the local area of Somers Town, as the family owned a farm in the area, but Cecil Rhodes never lived in the local community.

There has been a growing demand for memorials of the controversial figure to be removed after the University of Cape Town launched the #RhodesMustFall campaign.

Rhodes was a prime minister of the Cape Colony, which is now South Africa, and was a central figure in the expansion of the British Empire.

He founded the apartheid states of northern and southern Rhodesia – named after himself – which are now Zambia and Zimbabwe.

He also founded the De Beers Mining Company, which is one of the world’s leading diamond firms. Vernon said this was an example of Cecil Rhodes executing his ideology for individual gain.

He said: “They have exploited minerals from Southern Africa for pure exploitation and profit.

“Nothing goes back to the people, it was all about making a lot of money for himself and his family at the expense of black southern Africans.”

Zimbabwe and South Africa have removed many memorials for Cecil Rhodes and he believes “it is about time this also happens in the UK.”

Camden council say they have assisted residents in changing their addresses and organisations such as London Fire Brigade and Royal Mail will update their systems to include the new name.

The council said they remain committed to ensuring names used on its buildings reflect the diverse and vibrant communities who live in the borough.

A Camden Council spokesperson said: “The renaming marks a new chapter in our local history, and we would like to thank our residents and everyone involved in making this change happen.”

“There is no place for racism or discrimination in Camden, and we strive collectively for a more just and equal borough.”

Earlier this month, after a vote by staff, parents and pupils, Beckford Primary School in the borough was officially renamed West Hampstead Primary School.

The school was previously named after William Beckford, who enslaved over 2,000 Africans during the slave trade.

To view original article please click here or below: 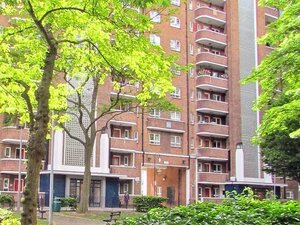 Rhodes falls again as London estate ditches name of coloniser London estate renamed after previous name had links to colonialism and racism
A London housing block has been officially renamed after residents voted to disassociate themselves with Cecil Rhodes, the architect of apartheid in southern Africa.

More on this story: