A National Audit Office (NAO) report has described the progress of the Windrush Compensation Scheme as woefully slow and failing to meet its objective of compensating claimants quickly.

Gareth Davies, head of the NAO, said: “The Windrush Compensation Scheme was rolled out before it was ready to receive applications and two years after it was launched, people are still facing long waits to receive their final compensation payment.

“Since December 2020, the Home Office has made some progress, but it needs to sustain its efforts to improve the scheme to ensure it fairly compensates members of the Windrush generation in acknowledgement of the suffering it has caused them.”

The report said the Home Office made changes to the scheme following criticism about the complexity of the application process, the length of time it takes for claimants to receive payment, and that payments were not sufficient to reflect the suffering endured by the Windrush generation.

A cross-government working group recommended that the Home Office introduce preliminary payments of £10,000 to those who could demonstrate that they had suffered harm. The Home Office made this change, increased its ‘impact on life’ payments, and made changes to awards for loss of access to employment.

The NAO also found that 10 per cent of the 1,033 claims received since March 2020 have reached the payment decision stages, which is an average of 177 days.

The NAO estimates that since December 2020, the Home Office has paid £2.6 million in preliminary payments and £4.24 million in increased impact on life payments.

Windrush campaigner and black rights activist Patrick Vernon said: “The NAO report highlights the case for the compensation scheme to be removed from the Home Office.”

“For the last 18 months I have been campaigning that the scheme should be removed from the Home Office and managed independently by a non-governmental agency to provide trust, respect, empathy and confidence to the victims and the families.

“I launched a petition on 38degrees.org.uk in which almost 60,000 people have signed to support this campaign. I am hoping that we get over 100,000 signatures so several Windrush victims can present this to Number 10 ahead of Windrush Day on the June 22 and put pressure on Boris Johnson to remove the scheme from the Home Office.

“I think we need to increase automatic payments of at least £20,000 and a user-friendly scheme with legal assistance so survivors and their estates can claim for maximum awards”, Vernon concluded.

He said: “The Government’s response to the appalling Windrush Scandal is rapidly turning into a new scandal all of its own. It should never have been left to the Home Office – which caused so much harm in the first place – to put things right. That’s why Liberal Democrats called for the compensation scheme to be fully independent from the start.

“Conservative Ministers must finally admit their mistake and take the Compensation Scheme out of the hands of the discredited Home Office. Then we can finally get on with righting the wrongs done to the Windrush Generation and restoring public confidence in the immigration system.”

The Windrush National Organisation head, Bishop Desmond said: “While understanding that the Home Office has made improvements for the team and attempts in their own words to streamline the scheme moving forward, there are still a lot of improvements that are needed. However, in hindsight it potentially would have been more prudent for the compensation scheme to have been administered independently of the Home Office.

“The National audit office report has clearly identified that there were flaws in the scheme, however, the important issue now is to ensure greater transparency and accountability by the Home Office in ensuring that the scheme is made fit for purpose in order to deliver and meet the requirements of those impacted severely by the Windrush scandal.”

The Windrush Compensation Scheme was launched in 2019 by the Home Office as part of a set of measures to ‘right the wrongs’ experienced by the Windrush generation and their families.

This after the Windrush Scandal in 2017 found that the Home Office illegally sought to remove many members of the Windrush generation under its ‘hostile environment’ policy by telling them that they had no right to be in the UK. 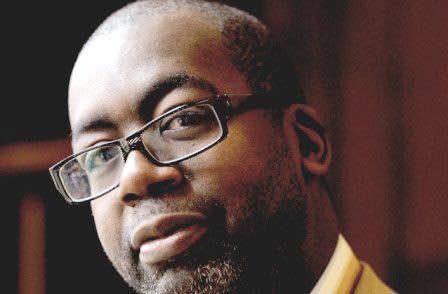 Home Office under fire for slow Windrush compensation
LONDON: A National Audit Office (NAO) report has described the progress of the Windrush Compensation Scheme as woefully slow and failing to meet its objective of compensating claimants quickly. Gareth Davies, head of the NAO, said: “The Windrush...